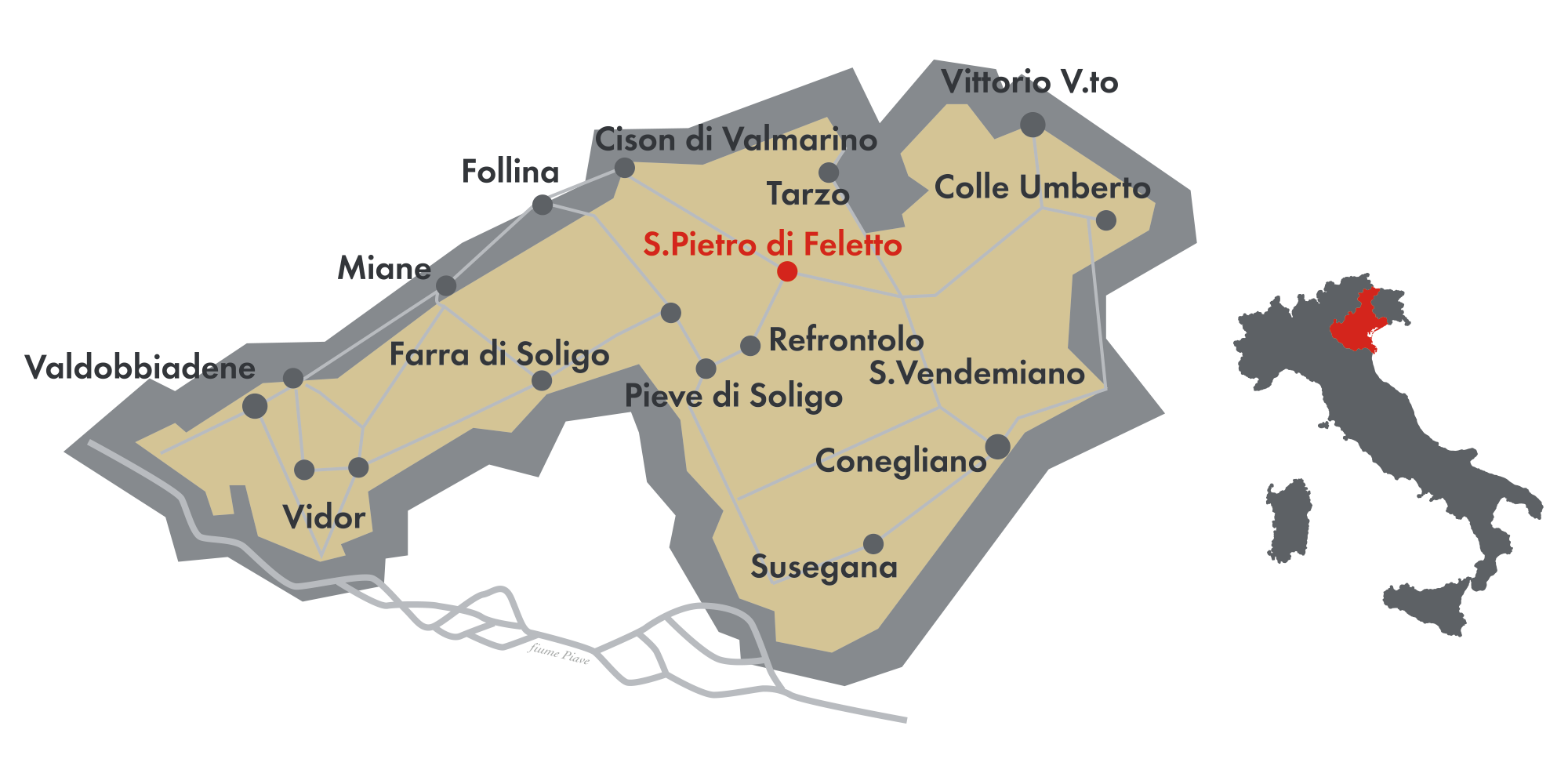 The name "Conegliano Valdobbiadene" correspond to an area situated in the north of the Treviso" province.

It is largely hilly with the typical shape of strings willing from west to east and it is divided into two areas: an area which is characterised by short and rolling hills and an other area with steep slope hills in which the wine growing is handmade.

Really important is instead the wine production which was already rooted, like you can find in many documents, in the XVo century, where grapes like the "Recandina", the "Bianchetta Gentile" the "Marzemina" or the "Prosecco’ were grown. It is an environmentally and culturally priceless territory, now a UNESCO world heritage site.